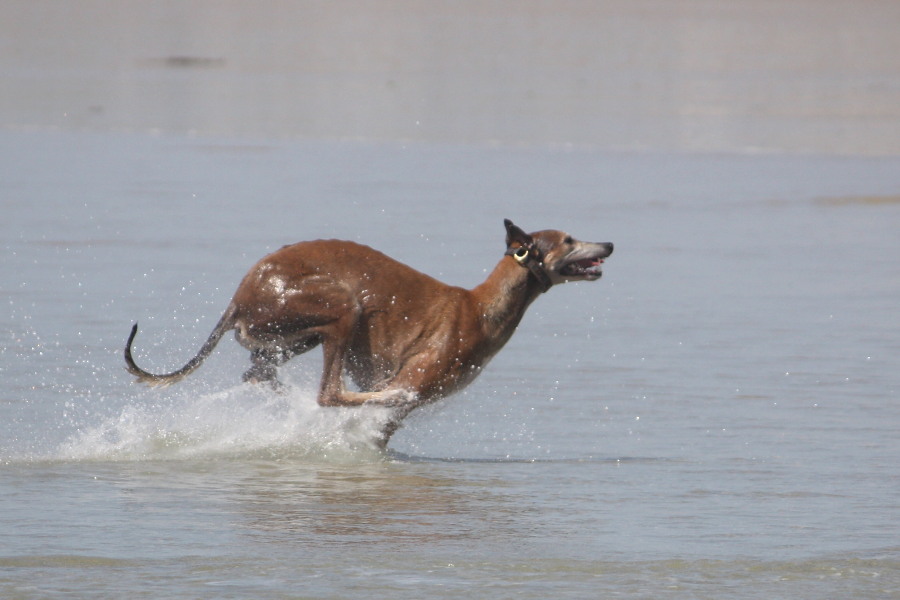 Our keeper from our very first litter – a big boy with a golden heart, sovereign leader of the pack. We lost him unexpectedly due to thrombosis and cardial infarction. 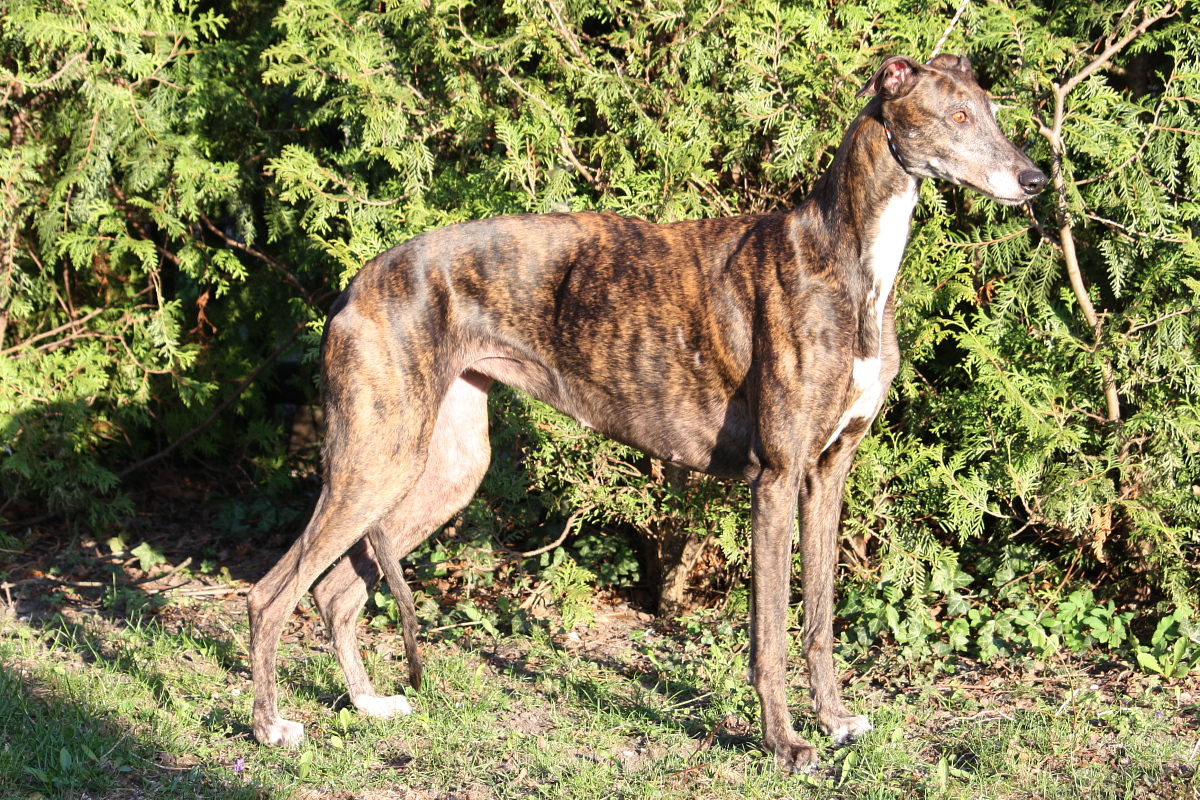 Lalie was co-owned with good friends, but spent some holidays with us and had a litter at our kennel. Fit and agile up to her last day, we lost her unexpectedly due to a lung tumor. 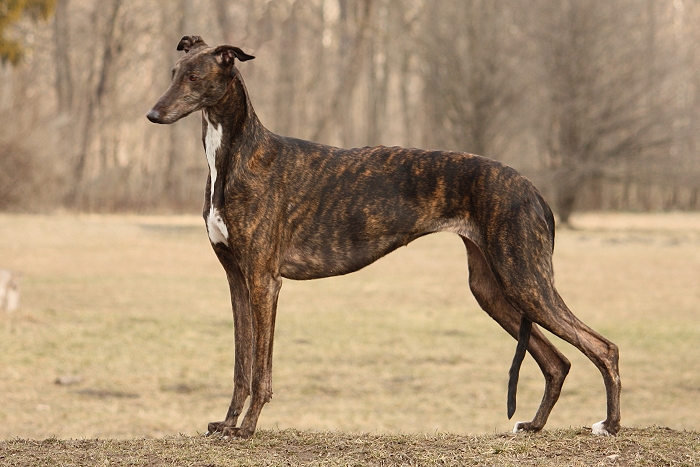 Blissi was an unplanned addition to our kennel, but a much loved one…
She suffered from a severe congenital heart defect, but happily outlived the poor prognosis for years. 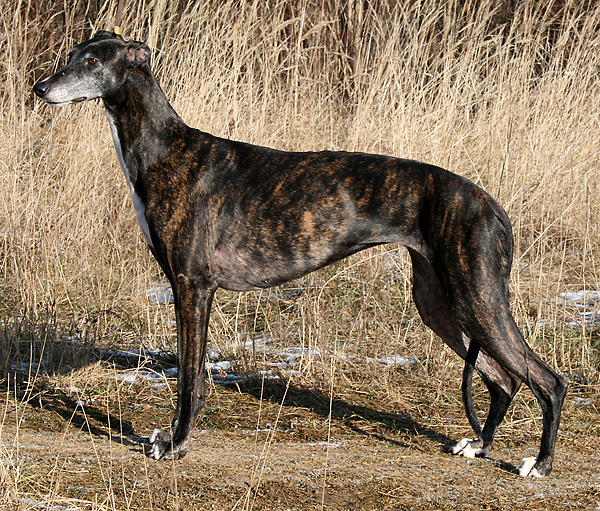 Our foundation bitch, mainly living with her breeder Mia Kutilainen in Finland, but spending 2 years with us in Munich. 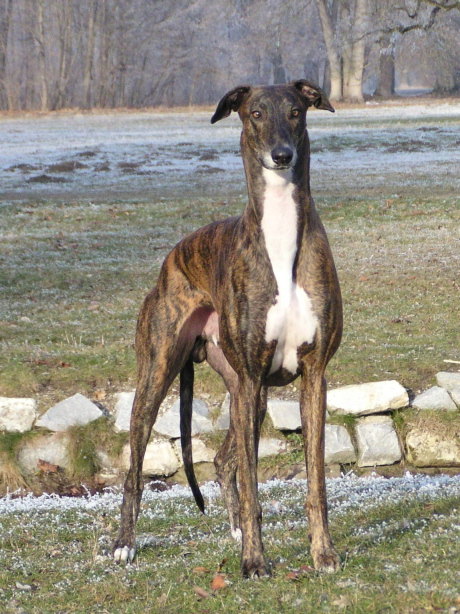 The One and Only, our Once In A Lifetime dog. We lost him far too early due to a stroke. 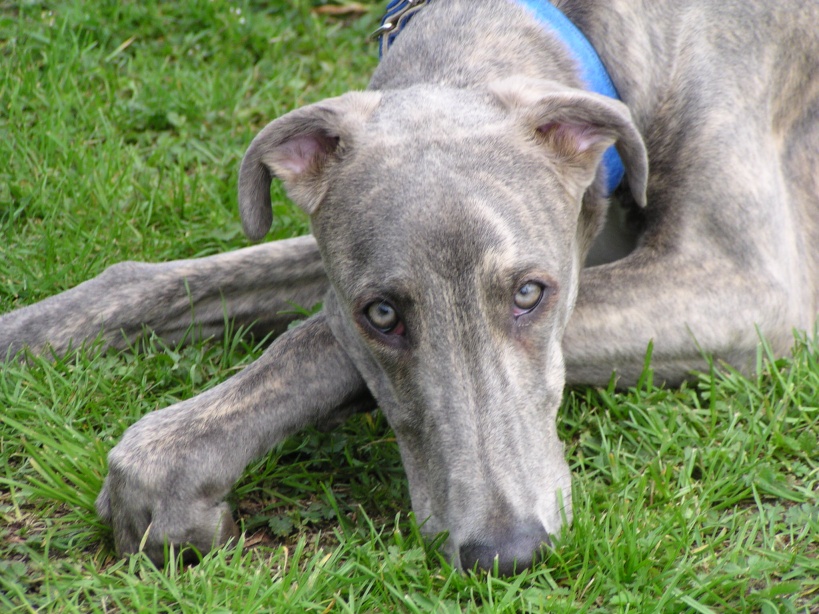 Perhaps it was a twist of fortune that we choose him as a puppy… The few months we were granted to live him were probably the worst in our lives, but he shouldn’t die in vain. Thanks to him the terrible disease „Greyhound Hereditary Neuropathy“ could be characterized and a genetic test could be developed. He saved lives – but not his own. 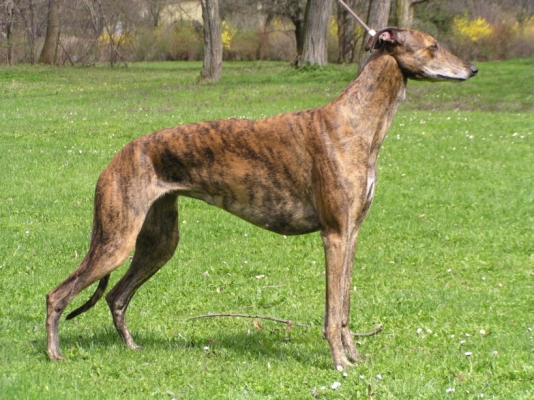 Our first Greyhound and the beginning of a never ending love. Vivi lived up to a high age as the grad old lady of our kennel – always making sure to get the softest sofa and to keep the younger ones in order.