Rumford Greyhounds is a small kennel, located in Munich. We breed only occasionally, mainly to fulfil our own demand for a future puppy. We’re focusing on happy, healthy companion dogs, who fill their owners households with joy and humour. Additionally, several Rumford Greyhounds are successful show dogs – in case their owners are interested. 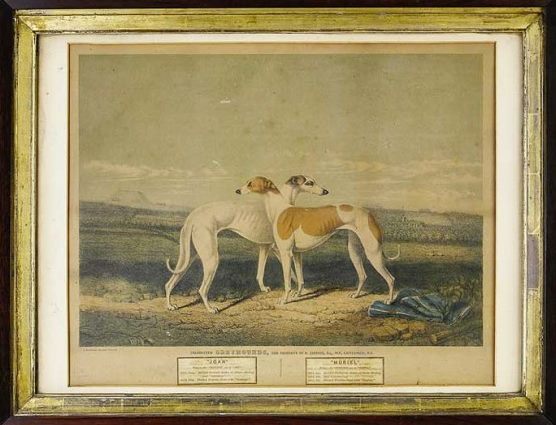 We hope to contribute to the future of the Show type Greyhound by preserving (and enhancing) the already very restricted gene pool. That’s our long-time goal – not the all-too-fleeting success in the show ring. The breed has been bred to perfection in the last 2000 years, it is not necessary to „improve“ it for even more spectacularity.

Our kennel name – Munich and the English Garden

The English Garden in Munich is one of the world’s largest urban public parks, bigger than the Central Park in New York or the Hyde Park in London. It’s a broad band from city centre to the northern periphery, covering an area more than 4 square kilometres.

It was planned in 1789 and finished in 1792 as a public park and military garden by the Kurfürst Karl Theodor – acting on suggestion by his aide-de-camp, the american military adviser, inventor and physicist Benjamin Thompson, better known under the later awarded title Count of Rumford. He supervised the project which was executed by the Royal Gardener Friedrich Ludwig von Sckell.

Benjamin Thompson did not only work in Munich as military adviser, but also as social rerformer. He had built poorhouses, schools and manufactories, invented the Rumford fireplace and the cheap but nutritious Rumford soup for the poor. After the time he spent in Bavaria, he moved to Paris and continued his scientific work until his death in 1814.

Looking for a kennel name, we came upon this initiator of the English Garden – our green, rabbit-free paradise. Our dogs are running and playing there how much they want. Keeping Greyhounds in Munich wouldn’t be half as great without this park! 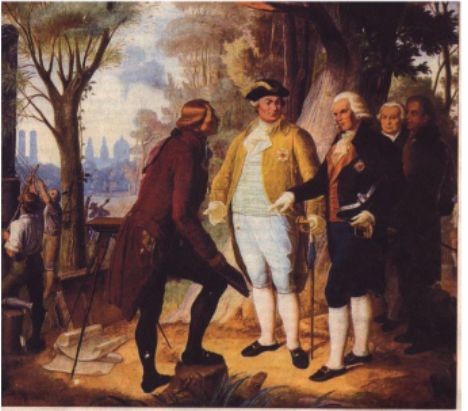 Friedrich v. Sckell (left) illustrating his plans for the arrangement of the English Garden to Kurfürst Karl Theodor (middle) and Count Rumford (right)